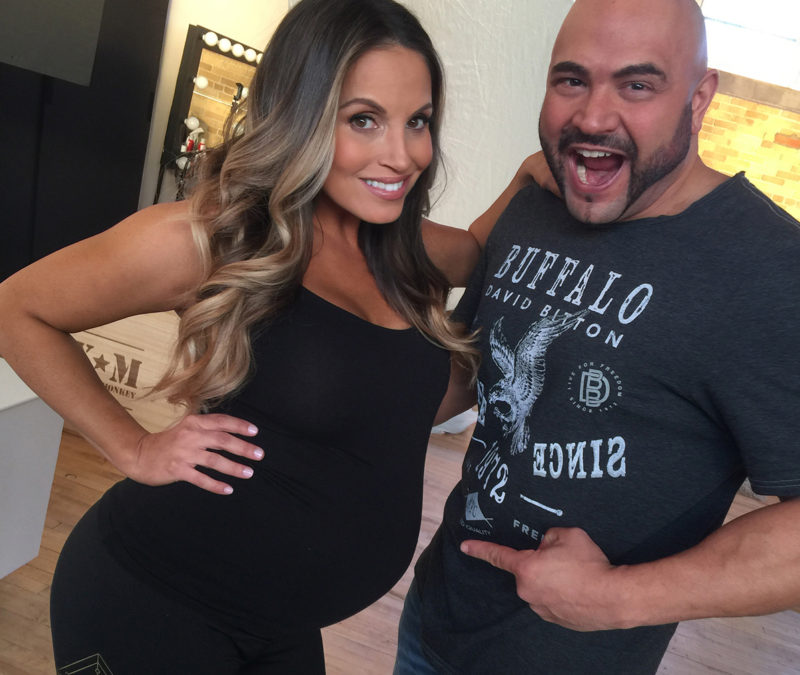 Sometimes the universe works in mysterious ways, and I do believe in the six degrees of separation.

In December 2016, I had the pleasure of capturing an iconic moment for seven time, WWE Women’s Champion, Trish Stratus. Already a mother to a beautiful son, Maximus, Trish was almost full term pregnant with her second child. I was excited that Muscle Memory Magazine had decided to shoot her at this stage in her pregnancy. The last time I had seen Trish, I was a Police Officer for Halton Regional Police, where I was hired as a Paid Duty Officer to provide security at a 7-11 Store autograph signing in Georgetown, Ontario in 2001. I was a HUGE fan of hers! I had grown up going to live wrestling at Maple Leaf Gardens as a child, and always had a mad love for the sport. 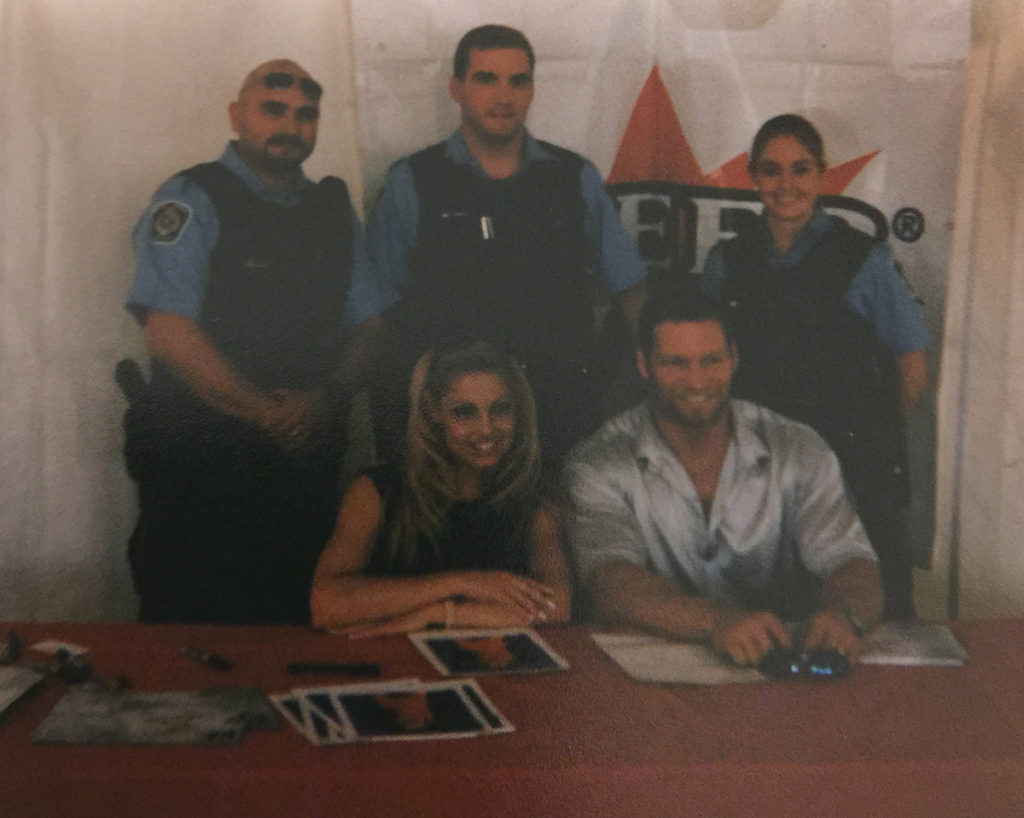 Above: 2001 Photo of  WWE Stars Trish Stratus and Val Venis at a 7-11 autograph signing in Georgetown, Ontario

Trish showed up and was as beautiful as ever. Her face was glowing with health and love for her baby on board. The magnificent team I work with started to work on her. Two Chicks and Some Lipstick started working magic with make up and hair, and Mila Yudina, stylist extraordinaire prepped all the beautiful clothing, shoe and jewelry options that she pre-planned and picked up.  Once she was ready, Cinematographer Pouyan Fard and I started to shoot, and we weren’t disappointed. Obviously this wasn’t her first time in front of the camera,  having over 100 magazine covers under her belt. We shot some great content and had an amazing day. Trish met my wife Nichelle Laus, and after a brief introduction, they had quickly connected and found a lot in common.

Above: Behind the scenes video shoot with Trish Stratus by Pouyan Fard

Shortly afterwards, her cover was released. It took the world by storm, presenting her majestic, strong,  yet beautiful appearance. It quickly got traction with various media outlets. I was so proud to have been able to capture such an amazing moment of her life. One of the photos of her that we captured, pictured her in a royal blue robe outfit. We discussed during the shoot that once she had her baby, we would reshoot her in her post baby body a year later… 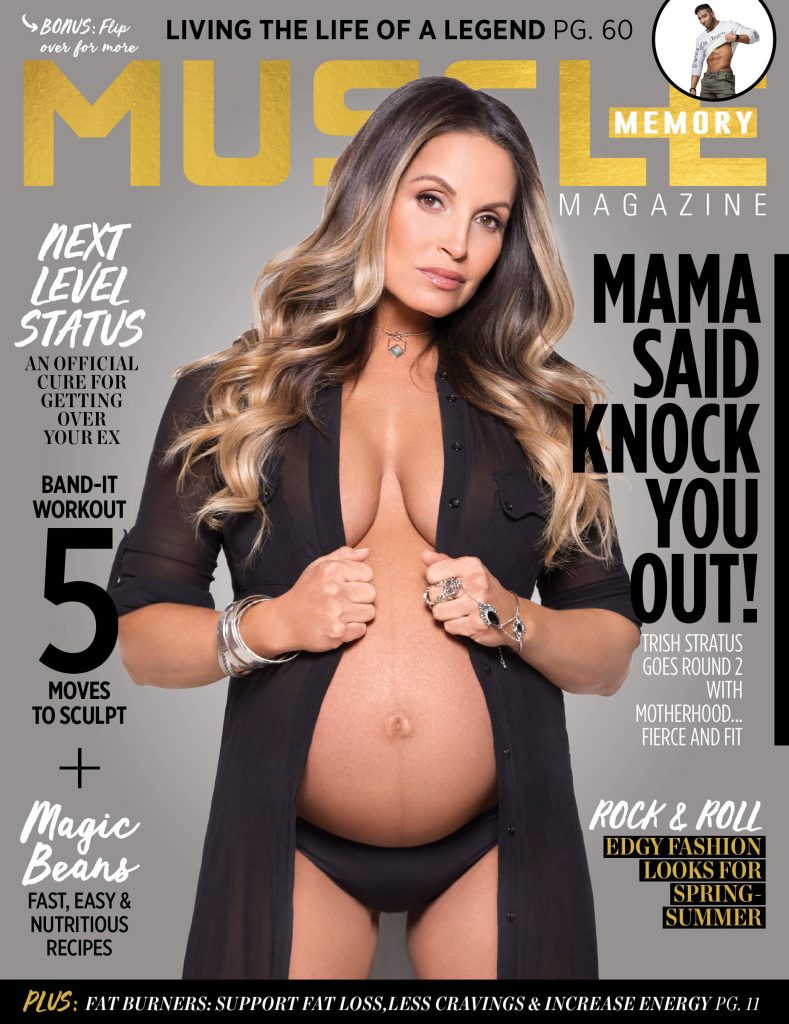 Trish maintained contact with Nichelle and I and after the birth of her beautiful daughter Madison, Trish started to train with Nichelle at OTC Toronto. Fast forward to a year later… Trish came back into the studio and we shot with her again. Mila brought the exact same robe in and we re-shot similar images to her pregnancy shoot. The transformation was remarkable. A side by side comparable was incredible to see. Her hard work and dedication was evident. 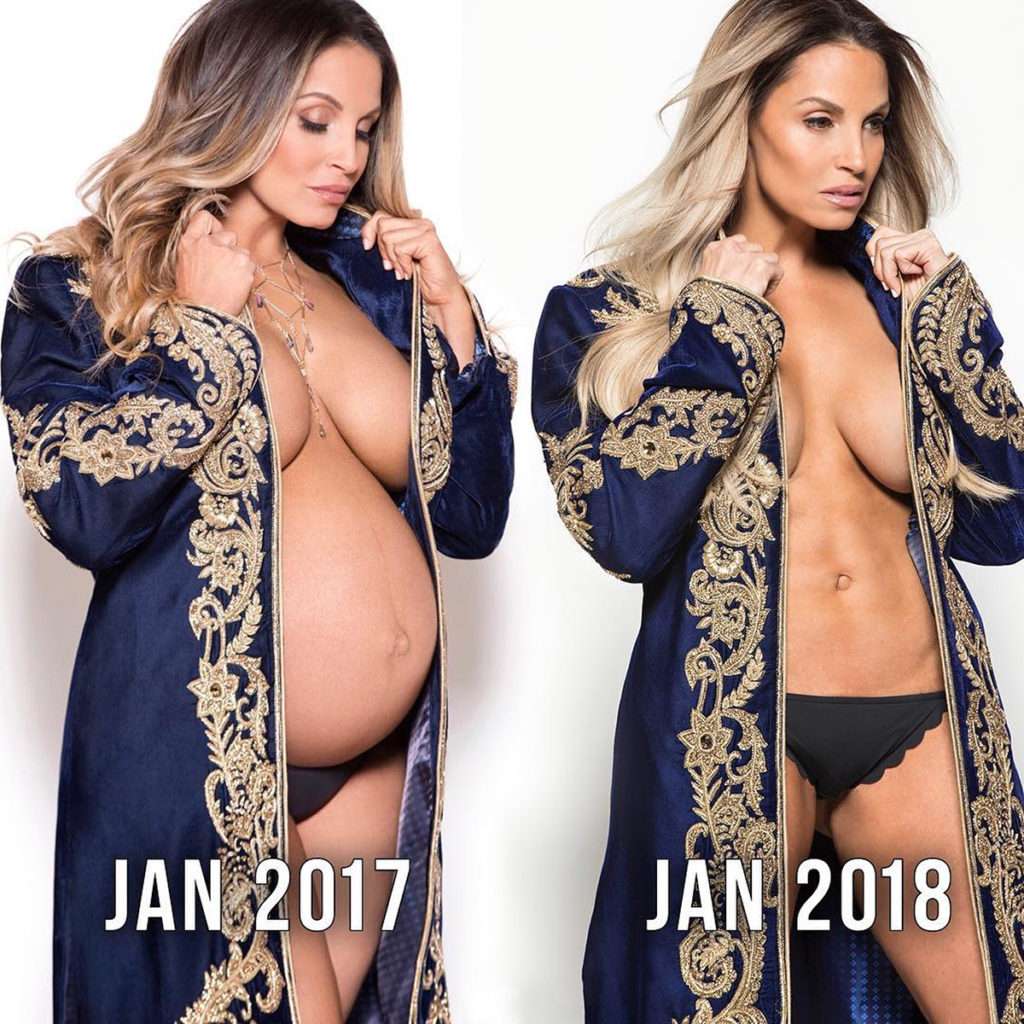 So far from this shoot, we have released a cover for York Life Magazine, and a second cover is soon to be released with a Women’s Fitness Magazine.  But there is so much more to come! I mean, seriously, look how cute Madison is in the picture below: 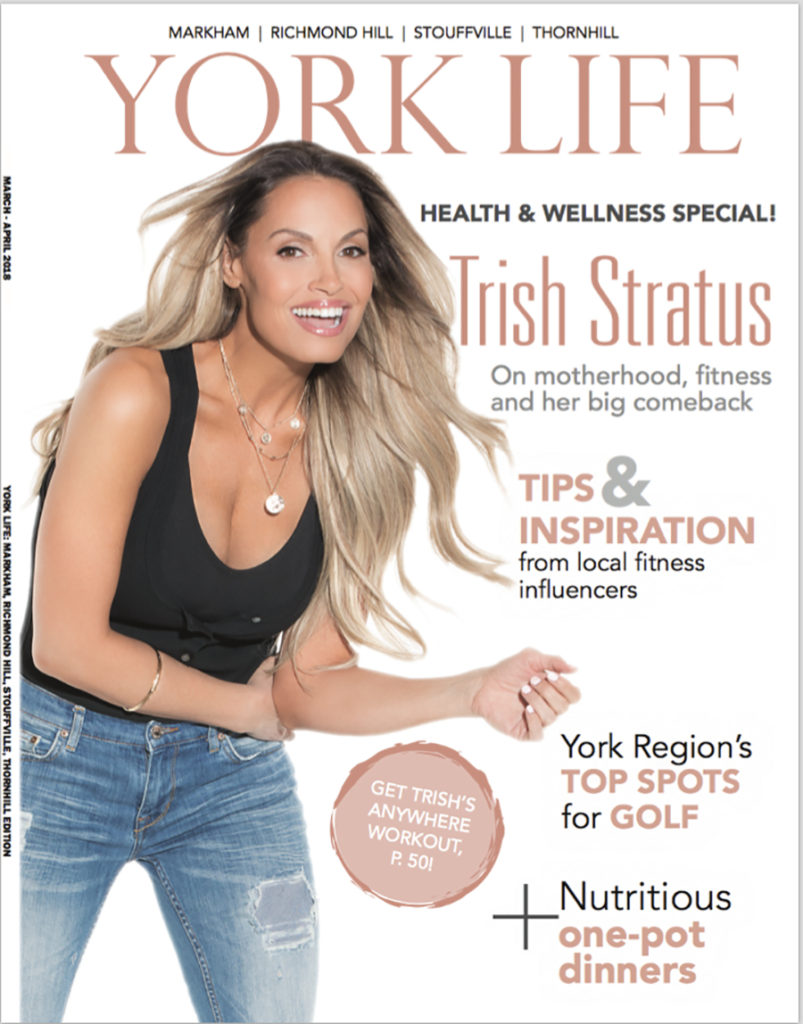 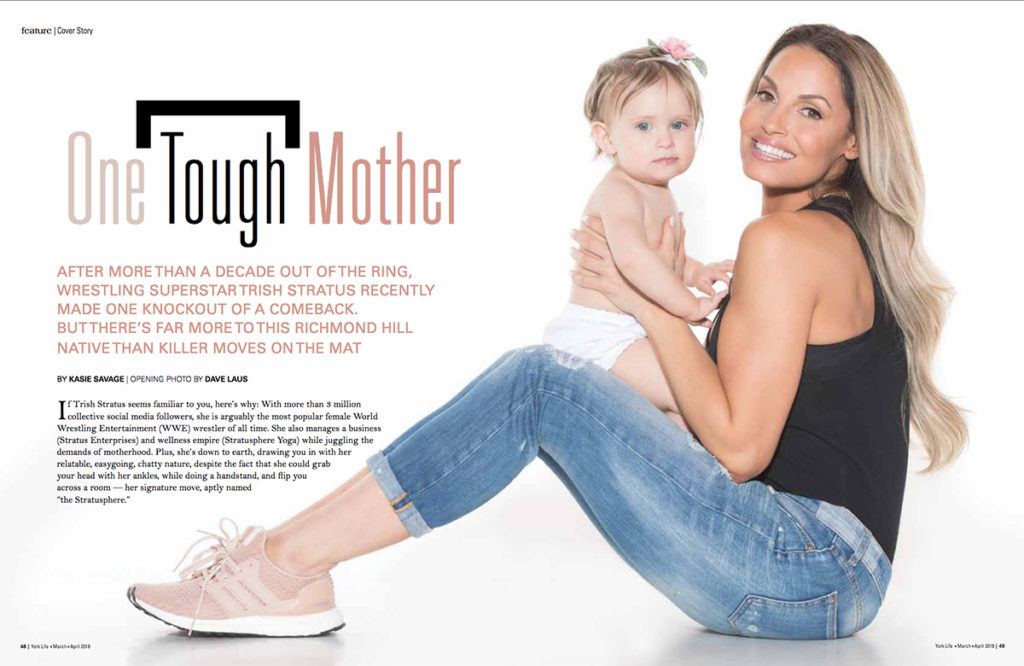 I am thankful to call her our friend. No matter how popular she is, how iconic she is, she is a real genuine person and just as beautiful on the inside, as she appears on the outside. Above all, she is an OG (Original Gangster) with the WWE, and I always will be fan!