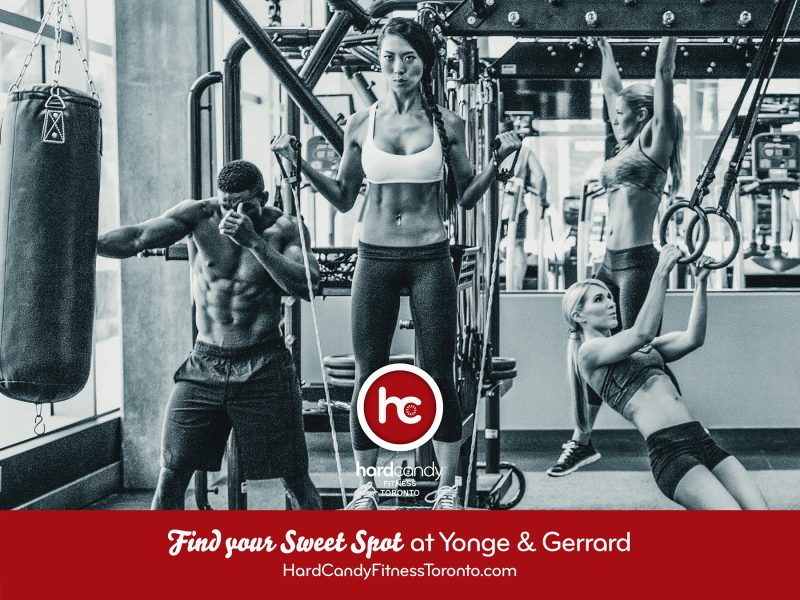 Last month, I hosted a casting call for male and female fitness models for a commercial project that I couldn’t disclose.  I requested “selfie” photos from submitting models to show what they looked like at that moment. I was so impressed with the amount of  submissions I received in such a short time period.. and such fantastic physiques for what is usually an “off-season” time period. I submitted the pictures to the client and they made their selections. The chosen models were advised of who they would be shooting for… Hard Candy Fitness Toronto… Madonna‘s chain of fitness facilities!!!

The models were outfitted with amazing clothing supplied by LuluLemon, and incredibile Hair & Make Up on set was provided by Luisa Duran and Val Nova (twochicksandsomelipstick).  These models showed up with their game on, lean, mean and sexy,  just what Madonna ordered!

We shot for the entire day and we really got some amazing shots. Its too bad there was only room for a limited number of pics for this campaign, but I’m sure the others will pop up soon enough in future ads. It was a pleasure to work with all of the models involved, my make up team, the marketing company Mars-Philter , and all the staff at Hard Candy Fitness Toronto. What an amazing facility, there really is nothing else like it around.

The pictures were released last week, invading the entire College Street TTC Subway station and bus shelters in the area. Here is a look at what they look like..

What made this project even sweeter?  I was able to attend and shoot the Grand opening Event for the Gym on February 11, 2014, where Mr. Brainwash and Madonna were in attendance. If you haven’t checked out Mr. Brainwashes movie my the way, Exit through the Gift Shop, make sure you do its amazing!

Featured Above L to R: Dave Laus, Nichelle Laus & Mr. Brainwash and his artwork of Madonna

Above: Jay Zuccato chilling next to his picture at the subway station

I am really happy with the final product and am honoured to have worked together with a great team and for a very unique client.  This project holds a special place in my books because Madonna and her music have been a big part of my childhood and life. I wish i could show you some of the other shots we got during this project, but that will have to wait for now 🙂